The band Wormed has graced this blog before, like when we reviewed the Exodromos album and when we posted some live video of Wormed playing Netherlands Deathfest (see below).

Now the death metal band from Madrid is back with Metaportal, out now on Season Of Mist, on digipack CD, and digital at Bandcamp. 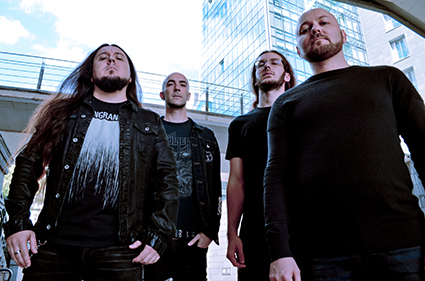 The guys continue what they call “sci-fi tech death metal” on this four-song release, which they excel at. It’s mega-brutal and super-technical music, well executed and produced. There’s a dash of piano on one of the tracks which is good for dynamics, so you’re not pummeled with growls, downtuned guitars, and blast beasts the entire record—just most of it. But that’s what people go to Wormed for.