After the last album from the band GridLink in 2014, fans of vocalist Jon Chang might have been wondering what his next musical endeavor will be. In December of 2017, his new band, No One Knows What The Dead Think, posted an instrumental demo track on its Facebook page. The band warned that the track will be taken down in a few weeks. In case any readers miss it, the tune, “Autumn Flower – Phoenix,” has lots of fast drumming and complicated guitar riffs.

Chang is joined in the band by guitarist Rob Marton, who Chang played with in Discordance Axis, and drummer Kyosuke Nakano of the band Cohol. As many grindcore fans know, Discordance Axis was a top-tier band in the genre. This new group will be the first fans of that old band have heard from Marton on a musical level after Discordance Axis broke up in 2001. 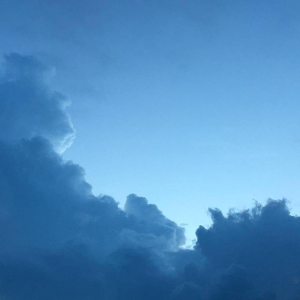 Watch the band’s Facebook page for news of a release of an album, which the band is working on now.

Speaking to D.U. over email, Chang described his contributions to the songwriting process for No One Knows What The Dead Think. “My new stuff is thematically similar to Orphan,” the second GridLink album, “which is about alienation from my ‘peers,’ fans,’ etc.”

“All I want to do is play fast,” Chang said. “That’s all Rob wants to do also.” That’s the right attitude for grindcore, but in this case it’s not as simple as that sounds. “Practicing for this shit has been really difficult,” he said. “Being in a band is all about exploding with emotion.”