Jon Chang, Bryan Fajardo, Takafumi Matasubara, Ted Patterson, and Steve Procopio, when you put them all together, have a long, impressive list of band memberships: Discordance Axis, Burnt By The Sun, Human Remains, Phobia, Kill The Client, Mortalized, and we could go on. But what we’re concerned with here is their band GridLink.

The guys’ final album, Longhena (final because guitarist Matasubara is leaving the group and vocalist Chang is dissolving it), is out on February 19, in multiple formats to be released by several labels. The breakdown is below. Luckily we were able to talk to Patterson, the bass player, about the recording for Longhena that took place in Kyoto, Japan. 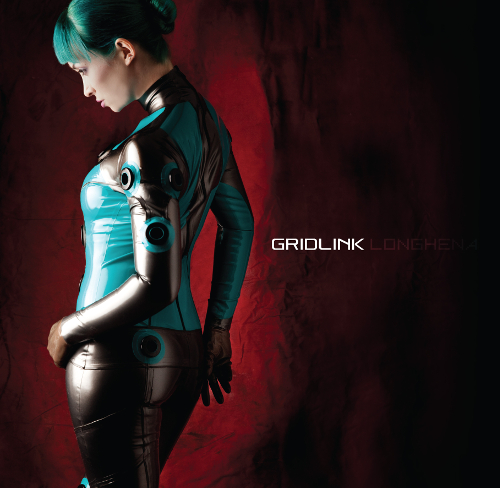 “I actually cancelled going to Japan right before we were supposed to go. So Jon, Bryan, and Matasubara-san recorded in Japan,” Patterson reveals via email. “I wound up recording the bass on my deck at home and emailing the tracks to the engineer, and he cut it into the mix. It was still ‘one take, no punches’ because I had no one to work the MAC for me, so I hit record and just ran the songs.”

D.U. assumed Patterson tracked the songs with his 6-string bass, but he says, “Actually, I played my 7-string for Orphan [the second GridLink release] and Longhena. Amber Grey [the first release] was the only one I recorded with the 6-string, and I actually only started with the 6-string in Burnt By The Sun. [Human] Remains was always my 4-string, which I still have securely locked away in case I ever need it.”

We noted that guitarist Procopio isn’t listed as appearing on Longhena. “Stephen didn’t play on it mostly because of the compressed time to record and rehearse,” Patterson says, and continues, “Luckily I have been to Japan a couple of times before with Burnt by the Sun, but canceling the GridLink trip was heartbreaking.”

Switching gears to songwriting in the band, Patterson explains, “GridLink has always been Jon and Matasubara-san. They do all of the composition. Matasubara-san would even supply bass lines for me to get the idea of where he wanted the song to go. He would always encourage us to add and change what we thought we should, and we did, but GridLink is their creation. I think applying my own playing style into his riffs is more of what I did than really write anything. Bryan always worked on getting something extra in so that it wasn’t just a million-mile-an-hour grind!”

GridLink classes itself as a grindcore band, but the songs on Longhena do march into new territory for the group, but also for the genre. There are layers upon layers of guitar ideas, melody and emotion on the album, as well as the speed, musicianship and high-end brutality GridLink has come to be known for. It’s the band’s best work, and an incredible work on its own. The track “Ketsui” from Longhena is below.

Handshake, Inc. is releasing the vinyl and the digital version, while the CD is coming out on Selfmadegod in Europe and DiskUnion in Japan.