In a press release for the album, the band says, “Our activism and socio-criticism is strongly rooted in self-reflection and improving our selves. We do not only intend to break down walls and bridge gaps between scenes and genres, but also—more importantly—between people. And if it’s necessary to call out those who want to stand between us, we artistically will.”

The band has an attitude all right. That comes out in the songs. Optimist continues with the noisy, awash-with-reverb, dreamy, off-kilter sound that GOLD has been building up through their releases. It’s out now on Ván Records in Europe and the States and is also on the usual Bandcamp and Spotify. 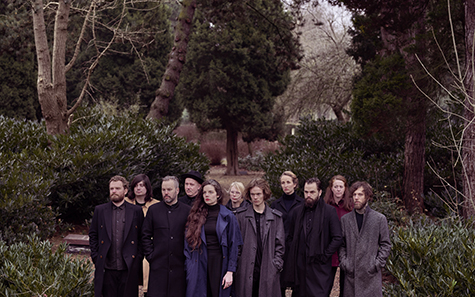