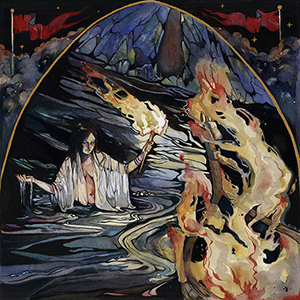 River Black is the new metal band made up of Burnt By The Sun (or BBTS) except with the bassist from Revocation/Publicist UK playing bass. It’s safe to say if you like BBTS, you’ll like the band River Black.

The debut, River Black, sounds like the last couple of Burnt By The Sun records except slower. The record features vocals from the hardcore tradition except with much more dynamicsthan you’d expect; unique, elastic riffs; and one of the best drummers in the game. The band does throw a couple of large curve balls, in tracks “Haunt” with some full-on clean singing, and some strings on the title track.

Three songs from the record have already premiered online—check them out: “Low” is at Lambgoat, “#Victim” is at Revolver, and “Jaws” is at Metal Injection. 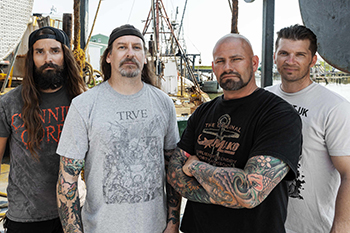