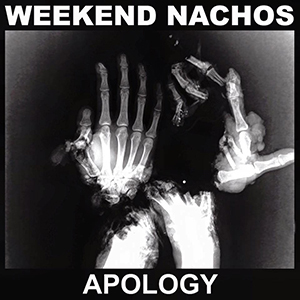 The new Weekend Nachos album is called Apology and is coming out on May 20 on Relapse. The band is going to tour for the record and then for some reason hang it up. It’s too bad, because Weekend Nachos had its own slice of powerviolence going on. D.U. always found the mix of downtuned axes, breakdowns, hardcore, and blast beats interesting.

Pre-orders for the CD are up at Relapse, while digital copies are up on Bandcamp. Deep Six, appropriately enough, will release the LP version at some point in the future.

Relapse has kindly released two songs from Apology to whet our appetites: “Eulogy” is up at Lamboat, along with tour dates; and “Writhe” is below.