Earlier this year, Tower Records devoted one of the floors of its Shinjuku store to vinyl. As Patrick St. Michael reported in The Japan Times, Tower Vinyl, the name of the vinyl section of the store, has tens of thousands of records, many being used copies.

Tower Vinyl may be following in the footsteps of HMV, which years ago opened a Shibuya store devoted to vinyl and used CDs. This news doesn’t begin to address the boutique and independent shops in the country. Bruce Milne reported on record store shopping in Japan for Tokyo Creative.

So the next time your band is on tour in Japan, bring your tote bags. 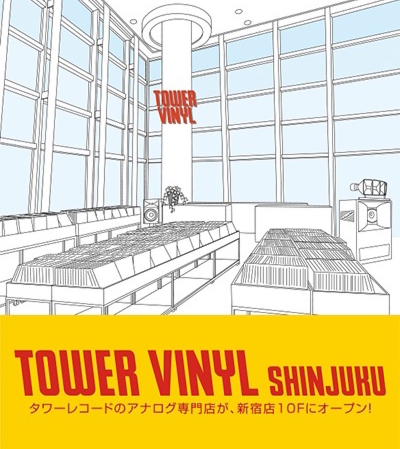 Check out some of our other stories involving vinyl.