The hip-hop group Public Enemy is playing a show today in L.A. for Bernie Sanders, who is also speaking. The (awesome) flyer is below.

The last time Sanders ran for president, we posted about artists and musicians who endorsed him, and there’s a new site called Artists4Bernie listing another round of artits, this time that have signed an open “letter of support” for Sanders. The list of over 3000 creative types includes Jim Jarmusch, Kim Gordon, Michael Stipe, Paul Pfeiffer (of Wadge), Sky Ferreira, Steve Jones, and M.I.A.

Video of Public Enemy Radio’s performance at the rally is up on the Bernie Sanders YouTube channel—jump to the 1:57:14 mark below to see Sanders introduce the group. 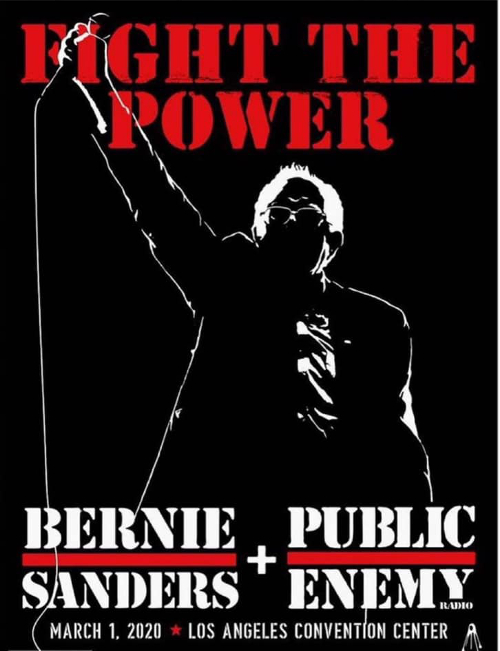