Billed as “a call for a Canada based on caring for the Earth and one another,” The Leap Manifesto calls for progressive action on human rights of indigenous communities, renewable energy, energy efficiency, agriculture, trade, immigration, caregiving, income, austerity, campaign finance, and more.

Lots of organizations that are fighting for justice and protecting the environment, like 350.org, Greenpeace and Sierra Club for example, support the Manifesto, as well as politicians, writers (William Gibson for some of the cool factor), poets, filmmakers, and other creative people including musicians. A range of musical people such as Carole Pope, Gord Downie of The Tragically Hip, Neil Young, Leonard Cohen, Joel Plaskett (known partly from Thrush Hermit), and the bands Tegan and Sara, and Propagandhi, are some of those that have signed on. 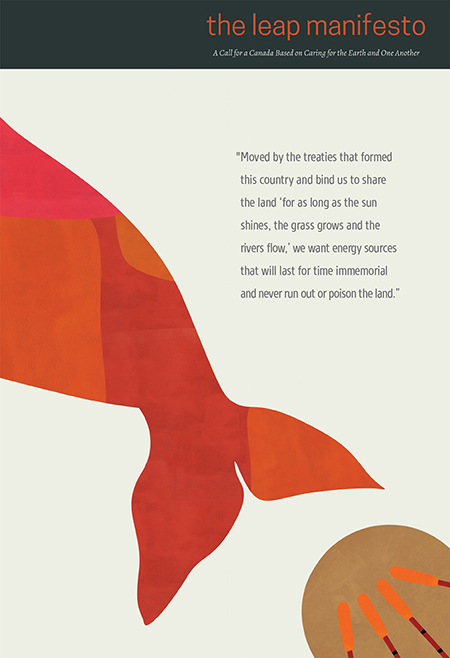