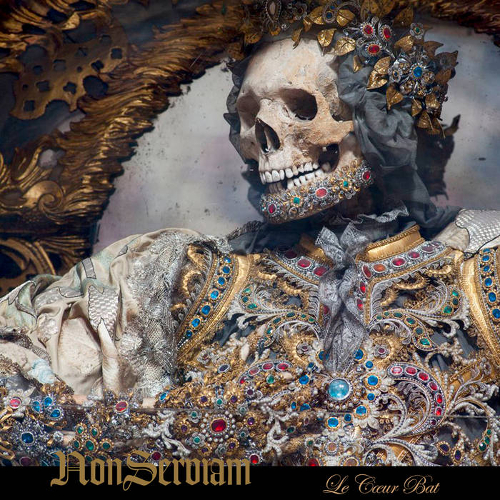 Out of nowhere, the Parisian band Non Serviam got in touch with D.U.‘s band via DM and said Le Cœur Bat, Non Serviam’s new album, needs a label for release. One of the tracks, “Salem,” has been premiered over at CVLT Nation, and it’s as Sean Reveron describes: “depraved and sick.”

The band describes itself on its Bandcamp page as “Electronihilisme, sludge industriel, anonymat et misanthropie,” and adds that it’s “strictly non-profit music” and throws in “fuck off and die.” The three tracks that are streamable don’t sound a lot alike stylistically but there is a thread tying them together: some voice and noise choices reappear, and they’re all obnoxious and textured. There’s elements of industrial, black metal, goth, and much else. The record is up for digital preorder and we highly recommened picking it up. Hearing is believing.