There’s a flurry of Killing Joke activity coming up. The guys will do a U.K. tour, and on top of that singer/keyboardist Jaz Coleman will embark on a speaking tour for his book Letters from Cythera in the U.K. and the States. The band has posted ticket info on their Facebook page.

A new album the band’s been working on will be called Pylon and will be out on Spinefarm “later this year,” according to a press release.

In addition Coleman is also back to working his orchestral side. There’s a Facebook page about his “Orchestrated Nirvana, A Requiem for Kurt Cobain.” Coleman previously composed The Island Symphony as a companion to his book.

– We’ve been posting fistfuls of Killing Joke covers from YouTube.
– We posted pics of KJ in NYC from 2008 on our Tumblr. 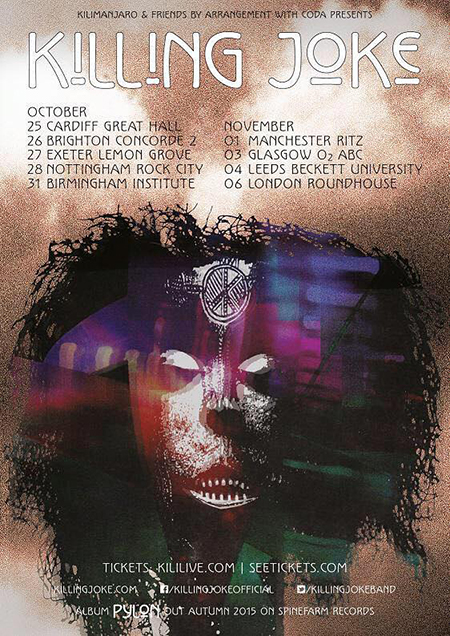