Mike Watt, the legendary bassist, plays in Jumpstarted Plowhards, the garagy-punk rock band he and Todd Congelliere (guitar and vocals) of F.Y.P and Toys That Kill (among other bands) started. Round One features a bunch of different sub-styles of punk, some D.C.-like and some California-like, and other likes inbetween, and sounds like one of the guys said to the other, “Hey, dude, wanna start a band?” and they did. Simple as that. 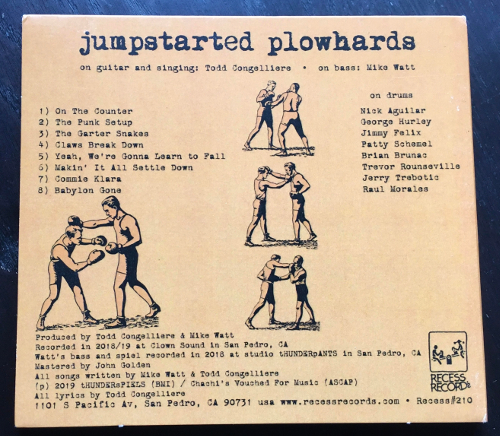 The guys got different drummers to play on each of the eight tracks, which is detailed in the album sleeve. The guitar and bass riffs are sometimes atonal, which is good, and the record is no-frills and good fun.

Round One is out now on CD, tape, LP, and bundle with download codes at Recess Records. At the link the label included a biography so one can read more about the band and the recording, which is handy. The label also threw the record up at SoundCloud so you can check it out before you add it to your cart. Give it a listen! 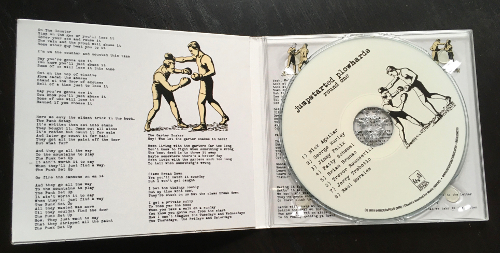