We’re trying something different (different for us) around here. We get a lot of digital promos at our email address, too many to give proper justice at the blog, but we figure we could at least talk briefly about promos to which we’re not devoting a full blog post. Hopefully some of the below items will strike your fancy.

is appearing on streaming services, courtesy of Relapse Records. Every other week, the label is putting out another Non Analog – On Stage edition of previously unreleased live audio from different points in the band’s career. Below is the first one, recorded in Montreal in 1995.

from Argentina is coming out with the album Anthems for an Eternal Battle on CD and digital, which is up for preorder from Brutal Records. Below is a lyric video for the death metal track “Puppets Who Ignore Their Masters.”

is a U.S. heavy metal band with a new record, Keepers of the Flame, that’s up for preorder (digital and physical) at Fighter Records. Below is a video for the track “Frozen Star.”

is an old-style death metal band from Canada with an EP coming out called Astral Beastiary. The record is available to stream and the cassette and CD versions are on preorder from Blood Harvest Records (photo: Suspicious Activities PR). 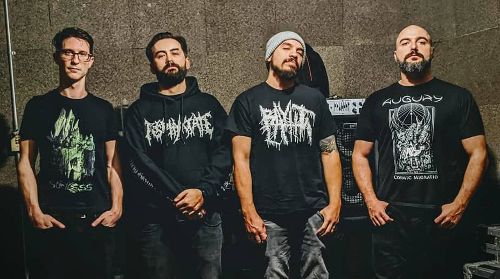 is a Greek prog metal band that knows how to write some melodies. The band’s album Eden in Reverse is up for preorder on CD, LP, and digital from Agonia Records, and Loudwire has premiered a video from the album, “Crossroads.” (Photo: Agonia) 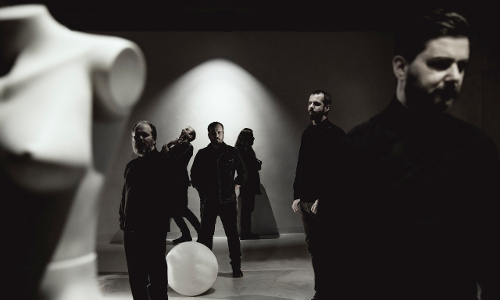 is the collaboration between rapper Kool Keith (Dr. Octagon, Dr. Dooom, Black Elvis) and powerviolence band Thetan in the form of the Space Goretex album. It’s out now on Anti Corporate Music, both physical and digital. Below is the video for the track “Hallucinations” from the album.

is a New York “epic cinematic metal” band, that, interestingly, has released its debut album over three decades after originally recording for it. Of Gods and Men is up for name your price on Bandcamp, and the band is encouraging the military and first responders to download it for free (the offer has been going for a week and ends at 8 pm EST tonight). Below is a lyric video for the track “Th13teen Within a Circle.”

is a great Czech heavy rock band whose new album Chaos and Perfections is up for preorder from Slovak Metal Army on digital and CD. Below is audio of the track “Your Priest Can’t Heal Me.”

Another track, “Mammatus,” is available to spin on Bandcamp, and that one is worth hearing too. The band gets bonus points for flashing the Vulcan hand salute in its promo photo.

is another virtual music festival that’s coming up, organized by Metal Injection. The trailer is below. The festival runs today and tomorrow starting at 3 pm EST both days, and the goal is to raise money for charity.

More info is at the Slay At Home website. It looks like it’s gonna be a blast.

from California has a new death metal album called Años En Infierno that’s out today from Southern Lord on CD, LP, and digital. Below is a quick trailer for the album.

That’s all for this week. Have a good weekend.