Good news: Einstürzende Neubauten has a new album called Alles In Allem coming out on May 15, and has released a new song, “Ten Grand Goldie,” in various audio formats, and a music video for the track. The song is great.

The video has three elements: lip synching, the bandmembers being their usual selves at a photo shoot, and video of their supports sheltering in place.

As if that weren’t enough, the band announced that a bunch of its records are now up on various streaming services:

“The entire Einstürzende Neubauten back-catalogue is now available to stream! KOLLAPS, ENDE NEU, SILENCE IS SEXY and many more albums, including some that weren’t available worldwide. 🖤 Reinhören: backl.ink/138196640”

Finally, the band is touring for Alles In Allem in Europe and North America starting in May. Hopefully the pandemic won’t put too much of a dent in those plans. 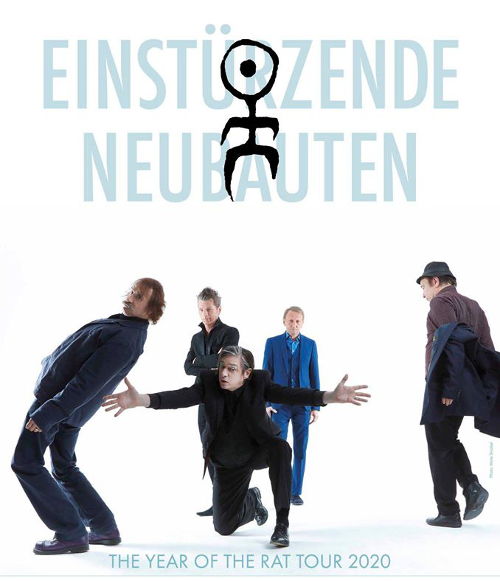 The last time we brought up Einstürzende Neubauten was when we reviewed the hackedepicciotto album The Current. Also, Neubauten appears in the documentary Desolation Center.