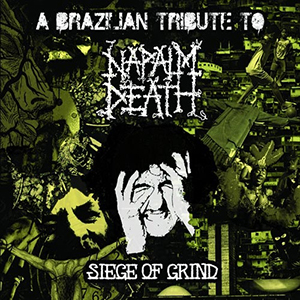 Back in 2013, a bunch of Brazilian record labels (Terceiro Mundo Chaos Discos, Cianeto Discos, Zuada Records, Contra-mão Records, Cipreste Negro Records, Old Grindered Days Records, Equivokke Records) teamed up and released Siege of Grind: A Brazilian Tribute to Napalm Death. What’s interesting about this tribute is the wide range of Napalm Death albums and EPs the contributing bands chose from for their covers:

Scum
From Enslavement To Obliteration
Harmony Corruption (the band Infamous Glory, interestingly enough, chose the CD-only bonus track “Hiding Behind”)
Suffer The Children 12” (Oligarquia’s “Siege Of Power” cover is of the EP version, instead of the Scum version)
Utopia Banished
Greed Killing
Fear, Emptiness, Despair
Inside The Torn Apart (Reiketsu, surprisingly, turned in a cover of the title track)
Enemy Of The Music Business
The Code Is Red … Long Live The Code
Time Waits For No Slave

We reached Napalm Death’s singer, Mark “Barney” Greenway, via email for his reaction to Siege of Grind: “We felt just a little bit honoured that so many bands would give us the covers treatment. In true Napalm fashion they all crammed as many songs on there as possible, and the diversity of approach was also good to hear. Not that these things live or die by our approval, but how could you not give it a hearty thumbs-up?”

This isn’t the first tribute record devoted to Napalm. A “You Suffer” comp from 2011 from Sirona Records is available for free download from archive.org, and comes from a totally different angle. The 100 tracks are almost all remixes and reinterpretations of “You Suffer” instead of covers. 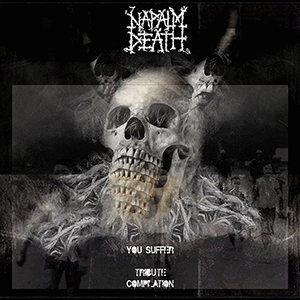 We’ve got plenty more Napalm coverage where that came from:
– Live video from 2015
– Live photos from MDF X
– From the Vault interview
– More interviews from the ‘zine archive