“Tortured blackened doom/death metal” is how Atlanta’s Withered describes itself, and that’s accurate. The band has knocked out three albums of this slice of music since 2003: Memento Mori, Folie Circulaire, and Dualitas. 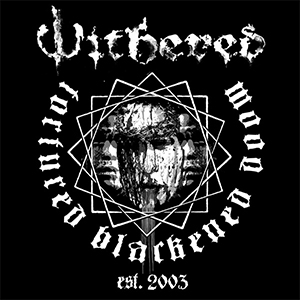 A lot has happened with Withered over the years besides these releases. Guitarist and OG member Mike Thompson explained via email that the four-piece band has two new members and spent six months writing and two-and-a-half years recording their latest album to be released in 2016 on Season of Mist.

“It’s definitely our best yet and much more death metal than before, with a lot of subtle proginess,” Thompson said.

But more recently, things haven’t been rosy in the Old Fourth Ward of Atlanta, an area where Withered labored over its music.

“Over the last several years, new apartment buildings and shopping centers were popping up like weeds. It drove out all the lower-income residents,” Thompson said. And Thunderbox, where Withered and many, many other bands rehearsed, was sold to North American Properties. In June, Thunderbox posted on Facebook, “the keys to the building that was home to Thunderbox were turned over to its new owners.”

Thompson continued, “The owner of Thunderbox, when it was built, proclaimed that he was doing it for the music, not the money, and would never sell. This was because he had sold the previous rehearsal space called Metro which we moved from to Thunderbox. So that was a huge disappointment. There were probably around 200 bands displaced by this including most of Atlanta’s established acts and working/touring bands.”

The same folks that owned Thunderbox also announced the closure of Avatar, “pretty much the only other notable rehearsal space in the city,” Thompson said. Avatar wrote “Thank you and goodnight” on its Facebook page in September.

Thompson said, “There are likely around 300-400 bands effectively homeless. They’ve either retreated to impractical rehearsal spaces in the suburbs or to basements/garages around the area. They’re driving music and the arts out of any blossoming trendy area established by said music/arts. It’s really had an impact on camaraderie and maintaining the working network between bands. For us, it’s made working much more challenging.” 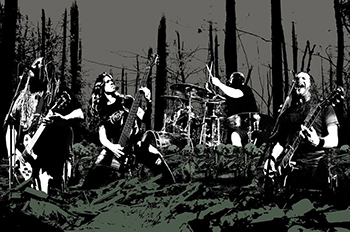 That hasn’t stopped Withered from turning in another quality album, worthy of placement in its catalog.