Being vegan is somewhat popular in the political punk and grindcore scenes, but it’s also notable in rap. As Laura Reiley wrote in the Washington Post, around 8 percent of African American adults are vegan. That includes hip-hop stars like KRS-One, Will.i.am, Erykah Badu, members of Dead Prez and Wu-Tang Clan, and mogul Russell Simmons, among others. Jay Z and Beyonce once went on a vegan challenge diet. The tenth element of hip-hop is health and wellness, she wrote.

“Healthy and conscious eating habits have always been a thing in the hip-hop community, despite the ‘40 & blunt’ era, but even then the OGs taught us to stop eating pork,” said hip-hop artist (and D.U.‘s former work colleague) Lord Betta over email. “I believe that’s where it started. Now it’s evolved into veganism.” 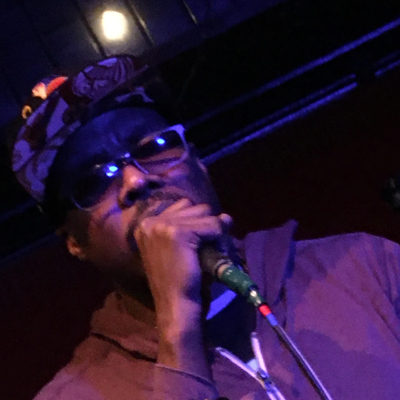 “Yes, veganism is practiced and discussed in the hip-hop community and has been for a while now, even before the mainstream hip-hop acts went commercial with it. The main thing I take from hip-hop is self-improvement and elevation. Hip-hop taught me to better myself, so I keep that in mind when I dine, because you are what you eat,” he said.

As Lord Betta is based in northern Virginia, he added that Everlasting Life Restaurant in Capitol Heights, MD is a “Black-owned soul food vegan spot that urban hip-hoppers frequent.”

Lord Betta live photos are on our Tumblr page. Most recently he’s appeard on R.Y.E. Bred and 66 Books Production Music.