Napalm Death has released a new 7″ today on Century Media Records called Logic Ravaged by Brute Force, featuring a song of the same name, taken from the sessions for the forthcoming album Throes of Joy in the Jaws of Defeatism. The B-side is a Sonic Youth cover, not surprising coming from Napalm. 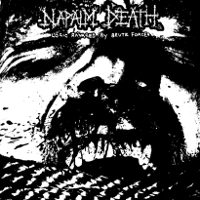 Decibel Magazine has posted the A-side for all of our listening pleasure.

On top of that, Napalm is starting a tour today along with Eyehategod, Misery Index, Rotten Sound, and Bat.

The 7″ is available digitally as well as at Century Media. Get it!