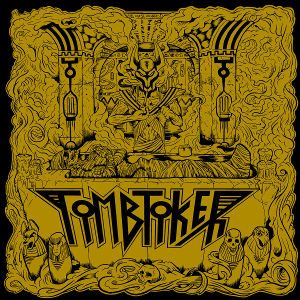 The guitar player from Tombtoker hit us up to review his new release, and we’ve crossed paths with his previous Baltimore bands before, so we’re game.

Coffin Text I contains two songs of doom, but there’s more to the band than that. There’s some melody and a varying tempo. “Robo Cujo” has more spice than “Warfare Revolution” here, but both are good tunes.

The recording is available for streaming and purchase on Bandcamp, and it’s also on Spotify.