In this grindcore edition of Musical Darwinism, we played J.R. Hayes some records, and he played us some records. Here are his first impressions of and comments on each, with his playlist first.

324 Customized Circle
I think you’d have to have a wrestling match between S.O.B. and 324 for ultimate Japanese grindcore band. These guys don’t have a lot of records. Rebelgrind’s good; it’s kind of unique among their records. I think they have a second guitar player on that record, and you can tell. It really changes the sound of the band a little bit. Like, you can’t make out the riffs as well; it’s a little more dirty on that album. But yeah, their material for me goes in complete reverse order: their first record is my favorite one, and then so on. This drummer has some of the best single-foot blast beats, pretty much. Very worshipped by other grindcore drummers. 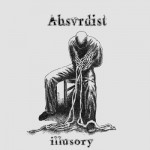 Absvrdist Illusory
I dunno. It’s a weird CD. It’s kinda grindcore; it’s got black metal elements. I thought that the drumming was really aggressive. It’s difficult to do that kind of riffing and not sound like Discordance Axis. I’m not super into the vocals; they’re kinda take it or leave it with me. But I like the drumming and I like a lot of the riffs. I don’t know if I’ve listened to it enough yet to really decide how memorable it all is. But cool band, you know.
Absvrdist Bandcamp 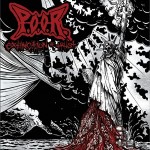 P.O.O.R. Extinction of Trust
When they play the fast parts, there’s no slop, you know? It’s not like on a Napalm Death record or somethin’—like an old one—where it would get really fast and it’s all fuzz. What [P.O.O.R.’s] doing in the fast parts is really well defined. I think they sound like a cross between Nasum and Phobia, or a crustier Nasum, but the vocals totally don’t sound like Nasum at all.

They got a four-second song comin’ up. That [singer] sounded like he’s wiggin’ out, dude. Just sweet West coast grind, a little death metal, but not—‘cause I don’t like real death metal-y grind. But it’s catchy. There’s lot of little riffs in it and weird little beats in there, so it doesn’t get, like, real same-y like a lot of the grind records. Especially the crusty grind records, ‘cause they get extra-same-y, you know?
Get Pissed, Stay Pissed

Rat in a Bucket
This is a CD with all three demos. I don’t think any of these demos were ever officially released. I think Blake [Harrison] might have seen them play once in Baltimore; they may have toured at some point. But for the most part, this is an isolated New Orleans grindcore band that I had heard about, but I had never been able to get any of their stuff until I was in New Orleans and I was hangin’ out with Gary [from Eyehategod], and he took me to his place and burned it for me. But the drummer and one of the singers is in that band haarp. I’m a big fan of that band too, actually.

I don’t know if it’s just because they’re from New Orleans, but they kinda remind me of a reeeally raw Soilent Green. Soilent Green also has way longer songs usually, but the same kind of grindcore mixed with sludge. Cool band. There’s a lot of suuuper crushing riffs buried on [these demos]. There’s a couple of ‘em where you almost gotta pull the car over and get out, just be like, “What? What? Too grind-y.” 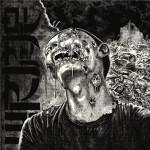 Wormrot Dirge
Another band that doesn’t have a bass player. This is some raw grindcore fuckin’ shit right here. Prob’ly the rawest grindcore that Earache’s put out in a good long time. It’s got these total mosh-y breakdowns. You’ll win me over every time with that shit. There seems to be a lot of people that like their debut album a lot better than this one, but I haven’t heard that one yet.

No fuckin’ around on this record. It’s like those kinda ‘80s crossover breakdowns, you know, like Cryptic Slaughter, some of those bands, D.R.I. Little more of a skank-y breakdown, you know what I mean, than the traditional, like, Overkill “Powersurge” breakdown. But then, that’s also different than a Hatebreed total thugdown.

It’s got that practice space sound. It’s not just fast; it’s mean. But, just for Earache, though, it’s pretty real shit, right? ‘Cause they’ve been putting out a lot of bullshit. And you gotta give ‘em a shout-out for being from Singapore, ‘cause who the fuck is from Singapore? I don’t wanna turn it off right in a breakdown.
Earache Records 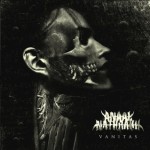 Anaal Nathrakh Vanitas
The singer does, like, these clean vocals that drive me insane, and I wanna like it, but I just can’t. It just ruins the whole affair for me, and it’s kind of doubly frustrating because the dude writes some really awesome riffs. Some of his music’s really good, and the dude’s screaming vocals are really good. They’re just a really awesome band, and then all of a sudden it’s like [screech noise] right off the road, you know what I mean?

Have you ever heard their first record? It’s called The Codex Necro. Dude—that’s a brutal record. I haven’t liked any of their records since then, but that record is bruuutal. I mean, they’re by no means a typical black metal band, but I don’t really like black metal music. But that record, the first Anaal Nathrakh record, even if you don’t like it, you have to be like, “OK.” You gotta give it its props.

Yeah, I mean, band’s really extreme, and as far as the really extreme bands, definitely one of England’s best bands right now, but just not really my style. Yeah, good band. Respect the hell out of ‘em. But the riffs just really aren’t my thing; I don’t like that black metal style riffing. Obviously all the blasts are great, he’s got some really awesome vocals, but then, like, he just throws in those token clean vocals that just sound kinda shoehorned in there. And I understand he’s tryin’ to make it stand out and make it distinctive and give it this dynamic, but it never really works for me in really extreme music, you know what I mean? You can get away with something like that a little easier in a doom band. Grindcore’s just too smashed together for you to … I dunno. I don’t really wanna talk shit on this band. They’re a good band. They’re the sorta band, actually, that I wanna like them. I wish I did like them, ‘cause they’ve got a great aesthetic sense, and they’re definitely violent.
Candlelight Records | Order from Plastic Head 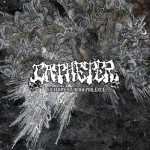 Catheter Southwest Doom Violence
[The vocals] don’t really irk me on this album like they did on a lot of the other ones I heard. It’s crusty, Phobia-type grind. I mean, cool band, but it doesn’t stand out from the pack for me. Serviceable grindcore.
Selfmadegod Records 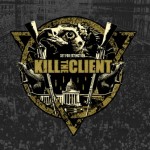 Kill the Client Set for Extinction
The first EP’s called Wage Slave, and that’s probably still my favorite, but a lot of people don’t like that one for some reason. If you like grindcore and you don’t know about Kill the Client, then you might as well just kill yourself. Suck a tailpipe.

His approach to the vocals is reminiscent of Kevin Sharp a little bit. And then of course the rawness in general might remind you of later-era Brutal Truth, Kill Trend Suicide.

Sweet Texas band, brutal. Saw ‘em once in L.A. at Murderfest; they were pretty sick. Y’know, they actually write some pretty interesting political lyrics. Like, they’re not totally just stupid like a lot of political lyrics in grindcore. They’re a little more thought out but still pissed. I like ‘em mostly just for the pissed factor, ‘cause they’re one of the more pissed-sounding grindcore bands out there.
Relapse Records 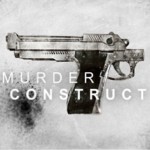 Murder Construct 2010 album
The new album that came out on Relapse [in 2012], it got really good reviews. I was expecting it to turn up on more of the end-of-the-year lists. The new album seems to be a little more fully realized.

Pissed-off death grind. But it’s not powerviolence-y, stop-start all over the place. Like, it’s got a little bit of structure to it, which makes you think it’s made by death metal people. They stick around on the riffs a little bit longer like a death metal guy would. It’s not just completely A.D.D.
Relapse Records

One Reply to “Musical Darwinism with J.R. Hayes” 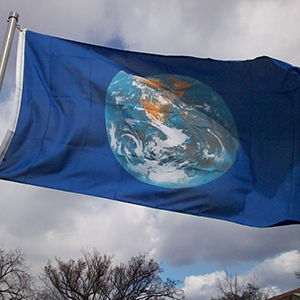