Coil is tagged as esoteric, electronica, and experimental, and listening to Stolen & Contaminated Songs, that might not even cover it. The record is a collection of outtakes and unreleased material from the recording of previous album Love’s Secret Domain and it does sound like a grab bag that goes from one end of music to the other: samples, loops, musical instruments, vocals, noises; some of it pleasing (“Nasa-Arab”) and some not (“Her Friends The Wolves…”). The album is hard to describe.

The band started in 1982 in England and ended in the 2000s. D.U. first heard of Coil, if memory serves, when reading in Kim August’s Ultimatum zine that the group inspired one of Napalm Death’s rare songs, “Harmony Corruption.” It does sound as if groups like Napalm, Scorn, and Killing Joke share a similar mind with Coil in places.

Is the record recommended? A qualified yes. Be ready to have your mind open to different angles, different moods. You might be surprised. It’s not all easy listening, but it’s worth making the effort. 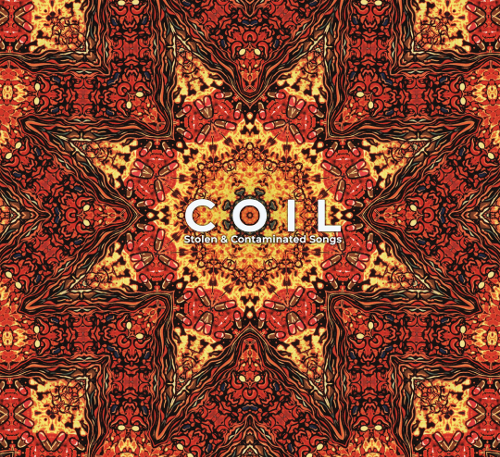 Stolen & Contaminated Songs first came out in 1992 and is available again from Cold Spring Records on vinyl and CD and on Bandcamp for the first time.