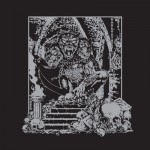 Usurpress from Sweden sounds like they’re from Sweden, and that’s a good thing. They have their Unleashed and Grave influences and that classic guitar tone, but there’s also some Autopsy in there, and tons of d-beat tempos. Usurpress is going for the uptempo and doomy vibe and succeeding, never going as fast as Slayer and certainly not grinding. It’s easy to shake your fist to their records. Their blend of styles works well. 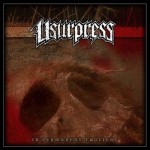 Trenches of the Netherworld came out last year and has a surprise once in a while, like an unexpected vocal effect or non-metal-sounding (but effective) fiddle. In Permanent Twilight is an older recording that got a CD re-release in 2012, and has one of those unexpected vocal effects too, but sounds like a younger band, less mature, perhaps. Selfmadegod, the label of your humble editor’s band, released both of these puppies. They’re both worth checking out, but if you have to pick one, go with the Trenches record.

Order Trenches of the Netherworld | Order In Permanent Twilight