The wild and wonderful Rotten Sound from Finland has a new album out called Abuse to Suffer. It’s a solid, grinding follow-up to the Species at War EP, with a few little changes, such as how much they’re adding choppiness or a few groove parts to their songs. There might have been some of this on their last full-length Cursed, but this isn’t a major point. The major point is that Rotten Sound fans are well advised to not sleep on this record. These guys are still at the top of playing the music they’re known for. 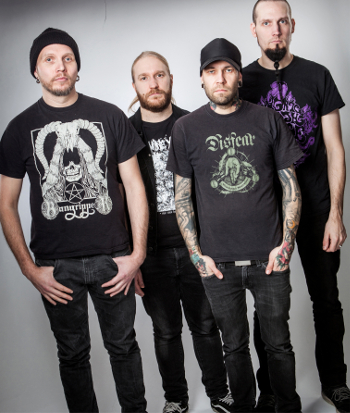 Season of Mist released the album last month on several formats: CD, LP, cassette; and you can spin it and also download it on Bandcamp.

Rotten Sound’s also keeping busy with touring, which includes hitting Maryland Deathfest this year, as the band often does.