The boys from Germany have a new album coming out at the end of the week on Relapse (CD, LP, digital), and GuitarWord is streaming it. Akroasis shreds with out-of-this-world musicianship and complex songs, and isn’t just a repeat of a record like Cosmogenesis, say. It still sounds like a proper Obscura record, though.

The band also released a solid music video for the title track, below.

Pre-orders are up at Relapse. And if that isn’t enough, the band is hitting the road in Europe with Death DTA: 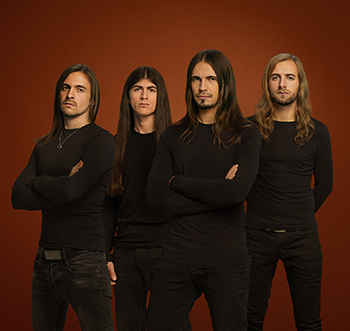 And then Obscura is playing some festivals: