Mickey Leigh is a name D.U. wasn’t familiar with before news of his album hit our inbox, but we’re glad to learn about it. Mutated Music (and the three-song Mutated Music EP) is his new album of new material and a cover of “If I Had A Hammer,” a progressive song from the 1940s originally by the Weavers. The album is an energetic, punk-meets-blues-meets-Tom-Petty mix (depending on the song). There’s different moods, some sax, and even a bit of absurdity (on “A Spoonful Of Sugar”). 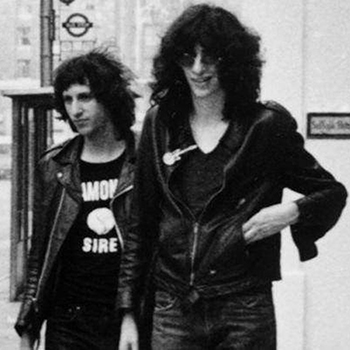 Leigh (pictured, left) has two music videos from the album up now, for “If I Had A Hammer” (on YouTube) and “Little Christine” (on YouTube).

Leigh’s roots in music go back to ’77 with his and Lester Bangs’ band Birdland, and then The Rattlers, and after that STOP. With his new album, Leigh says his goal is “to rescue rock ‘n’ roll one song at a time.” Sounds good.

Pick up Mutated Music, out on Leigh’s label of the same name, on digital platforms now.