In this difficult time of Covid-19, many folks have been suggesting that we all stay home and listen to records. A good one to add to the pile is Immaculada High.

The first time D.U. heard of this band was when Triac did a cover of the Cherubs tune “Carjack Fairy.” That didn’t prepare us for a full album of Cherubs’ noise rock. After two high-octane numbers that kick off the record, Immaculada High goes back and forth between more of those noisy dust-ups and slower, moody songs that have more space. An exception to the pattern is the one-two punch of “Cry Real Wolves” and “Pacemaker,” both up-tempo. Interestingly, the end guitar effect on “Full Regalia” sounds like something you’d hear on a Garbage record, the song “Vow,” say. Many of the here songs come off like curdled, warped version of the Pixies. 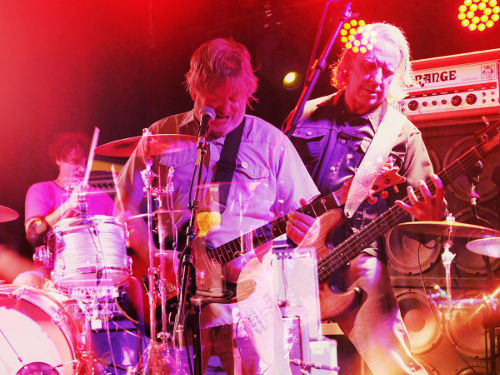 It’s quite something that this Texas three-piece put out such a gnarly record after coming off a two-decade hiatus in 2014 (the band formed way back in 1991). While D.U. doesn’t know how the new record compares to the older material, Immaculada High is great, and is available on CD and LP on Relapse Records and on Bandcamp.