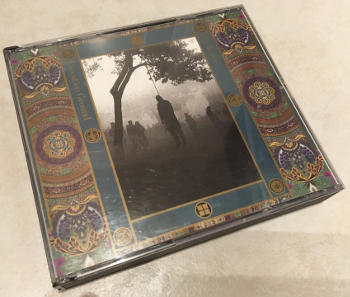 D.U. interviewed Mick Harris about Scorn back in 1994 (posted on the blog), and took the opportunity to ask about another one of his bands, Painkiller.

D.U.: Are you still doing the Painkiller thing?

Harris: Yeah, we just done a new record. It’s titled Execution Ground, and it’ll be comin’ out on Subharmonic Records, which is through Caroline in America. We recorded it two months ago, so it’s got a pretty quick three-month turnaround, which is really good news, and it’s a double pack; it’ll be comin’ out as two CDs. And what can I say? It’s Painkiller, we just took it further, and I think it’s the best thing we’ve done so far.

What do you mean when you say you took it further?

We just took it further, y’know what I mean. It’s like, we’ve just brought in a lot more ideas, and we’ve just really fucked it up. We’ve just took it even further than what it is. It’s still 100% improvised; this time we just also did some loop tracks as well, where we actually looped drum patterns, threw it in, and then jammed again on top of that. So it’s still—everything is improvised, y’know what I mean, there’s nothing really worked out. OK, the loops are worked out: you’ve got to obviously record them, you’ve got to sample them, loop them up, throw ‘em on a sequencer, and then record ‘em back to tape.

It only took two days to record again, it was just an in-and-out procedure, and it worked. It’s a spontaneous effort from all three of us, with Oz the engineer, because, really, as far as I’m concerned, Painkiller’s a four-way effort. Without Oz, the sound engineer, who goes out live with us and has done all the records so far, it wouldn’t be Painkiller. I’m really excited with this new record. It’s nice, we’ve just took it further, and it’s interesting. It’s Painkiller; that’s all I can say. It’s a mixture of the first two records with a lot of new stuff thrown into it.