D.U. last spoke to City of Caterpillar back in 2003 before the band broke up. Since that time, the Virginia band’s reputation as a groundbreaking emo/hardcore/whatever-it-is band has grown.

In the fall of 2016, Robotic Empire announced that City of Caterpillar was getting back together to play a few shows, with the classic lineup of Brandon Evans, Kevin Longendyke, Ryan Parrish, and Jeff Kane—the guys that played on the essential self-titled record. Since D.U. has been in bands with Kane over the years, we leveraged the relationship to convince Kane to answer questions over email about the City of Caterpillar reunion.

Over the years there had been some offers here and there for a reunion, Kane said. “Nothing ever seemed appealing or we all weren’t up for doing a reunion at the time. A little over a year ago we were asked to do a show as a part of Tony Foresta’s 40th birthday party. It was the first time that we were all kind of on board and interested in doing something.”

That performance didn’t happen, but the band kept talking, he said. “We finally figured out a time that worked for everyone and decided on four shows in four cities. They all sold out immediately so it was kind of like, ‘Shit, I guess we can do more than four shows.’ So we did 10.”

The reunion was a much larger deal than the guys in the band thought it was going to be.

“It was a surprise for sure. It also raised the pressure level. Four hometown-ish shows in small venues could have been fun without much stress and minimal preparation. When the shows started getting big, the pressure to actually be good accumulated.”

“It was not my idea. Playing one set was more than enough stress for me. When we first threw out the idea of doing these shows, Kevin said that he would only do it if Malady played one of the shows. I don’t know if he thought that stipulation out completely. But it was fun to do get back together with the Malady dudes also. Our practices were a blast. The shows were stressful.”

One of the issues to work out for all this was logistics of rehearsals.

“We all live different places. It was a bit of a headache, but we got together for a weekend of rehearsals in New York City and two weekends in Richmond. It was a lot of driving and flying around for everyone, but it worked out and was totally worth it.”

Some live photos from the tour Kane approves of are up at Bromide Collective. 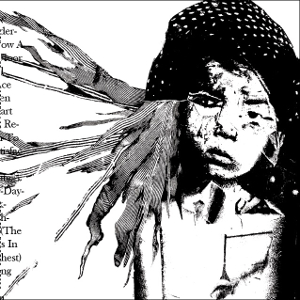 Repeater Records reissued the band’s self-titled record on LP in 2016, following The Archivist putting the record on Bandcamp. Kane is very happy with Repeater’s reissue. “Those guys could not have been more supportive or accommodating,” he said, adding, “They let us do that reissue exactly the way we wanted it. They surpassed all expectations and were also a massive help with the reunion shows.” Without Repeater, The Archivist, and Robotic Empire, he said, “I do not think that the reunion could have gone as well as it has.”

City of Caterpillar hasn’t put its guitars down yet. The band has recently announced a string of shows in Europe.

For the curious, a list of the East Coast U.S. dates is below.