We interviewed Assück back in 1993 for archive zine issue #8. Here’s a cleaned-up version of that interview. If you like classic grindcore, keep reading.

Here’s an interview with Assück that I did when Craig Lenc and I caught the band when it came to D.C. on its tour with Rorschach, and the tour played on a Shelter show. Assück is an erratic grind band with political lyrics nowadays, and has out several releases, including the Anticapital album, and the Blindspot and State to State 7”es, as well as low-priced shirts. Contact this god band at 5208 27th Ave S, St Petersburg FL 33707, USA.

D.U.: First off, before you say anything, give your name and what you do in the band, so I can keep track of who’s talking, OK?

What do the rest of you do in the band?

Paul Pavlovich [vocals]: I’m the fearless leader. If you see it in print, it must be true.

OK, so why did you guys get a bass player finally, after recording for so long without one?

Rob: ‘Cause, I dunno, it seemed necessary at the time. It’s better for live shows and stuff. And, y’know, it adds to the music. On Blindspot, he’s on there, our old bass player, but you can’t tell the difference.

You did that one at Morrisound too, right?

Rob: Yes, we do everything there.

‘Cause I noticed, on the LP for example, that you recorded the guitars really thick to make up for it.

Rob: Four guitar tracks or something. 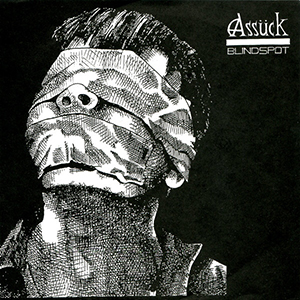 What was up with that spoken word on the B side of the State to State 7”?

Paul: What would you like to know about it?

What you were trying to get across with that.

Paul: It’s about the war and the current situation in Yugoslavia. Um, I’m Serbian, so it kinda hits home with me. So I wrote half, Steve wrote half, we had a good friend of ours speak it, and it’s pretty self-explanatory.

Do you ever say a few words about whatnot at shows?

Paul: Nah, we just kinda breeze through our set. We try not to interject as much, y’know. If people wanna come up to us and speak to us on an individual basis, that’s fine; we’d be happy to answer anyone’s questions. But as far as, like, on stage, we’re not really there to stand on a platform and talk down to people. So we just play our music, and if people are interested in what we have to say, people usually find us and ask us stuff.

Yeah, Resurrection on New Age, they say a few things and play a song, and on and on.

Rob: Huh, right. We know about that.

You guys sound like you have a lot of angst.

Rob: No, I mean, they’re old friends of ours, we know them.

Yeah, not the one from Florida.

Rob: We’re talking about the one from [Florida]. They say stuff between their songs too.

Paul: Nah, I mean, if people wanna talk in-between their songs, that’s fine, but we wanna play our songs, finish our set, and that’s it.

Steve: A split 7” EP on Slap A Ham Records with a band called Plutocracy from California. That’s next. 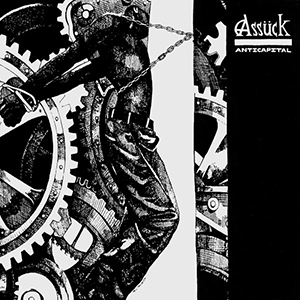 You guys align yourselves more with the hardcore scene than the death metal scene, right?

Rob: Very much so. Absolutely. We’re not death metal. We’re not into, y’know, singin’ about guts and shit like that [laughs].

Do you ever feel that you’re preaching to the converted anyway, since you’re playing hardcore shows?

Rob: We’re not preaching to anybody, y’know? We don’t care if anybody listens or not. We’re just tellin’ you what we think. If you don’t wanna listen, that’s fine. Hardcore/punk rock crowds is where we wanna be. That’s who we wanna see out there. Y’know, metal kids come to the shows; that’s cool. We like anyone that wants to come see us; that’s fine. We make records because we want to play on ‘em. It’s up to anybody else if they want to listen to it.

If Epic or whoever called you up and said they wanted you to play with Sepultura, for example, would you do it?

Just for the exposure?

Steve: No, because I think Sepultura is pretty cool.

Well, I just use that as an example for any metal band.

Rob: Not any metal band, no.

Steve: No, there’s lots of differences. Sepultura’s fine, Obituary’s fine, but I wouldn’t be caught dead playing with—

You don’t go for that whole black metal thing?

Because of the animal stuff?

Did you hear what happened to them in Sweden, with the bomb?

Rob. Yes. We were very happy about it.

Are there some bands with some sort of a stance, like, say, Shelter, that you would rather not align yourselves with?

Rob: Just ‘cause we play with somebody doesn’t mean we agree with anything they’re saying.

Steve: I’d be willing to wager a lot of money that about 80% of the bands that we play with, we don’t agree with, so whatever. How many people do you know that are 100% eye an’ eye with you?

Steve: So how can you find bands that are?

Steve: We’re here not to play with Shelter; we’re here to play with Rorschach. That’s the band that we’re on the road with. This is the show that happened to be set up. I mean, this is our duty.

Rob: We’re here to play for the people that wanna see us, which, y’know, however many that is, that’s what we’re here for.